For more than 30 years, FASEB’s Excellence in Science Awards have recognized excellence, innovation, leadership and mentorship of women whose research has contributed significantly to a particular discipline in biological science. The awards recognize achievements by these scientists at three different career states:

Award recipients will receive a cash prize and funds to present an Excellence in Science Award Lecture at the annual meeting of a FASEB member society of their choice. View past recipients.

Nominations
Nominations for the 2023 award cycle will be accepted October 10–December 12, 2022.

Need More Information about the Excellence in Science Awards?
Additional information on eligibility, submission requirements, and nomination procedures may be found online here.

Arlene H. Sharpe, MD, PhD, of Harvard Medical School has been awarded FASEB's Excellence in Science Lifetime Achievement Award. A distinguished pathologist and immunologist, Sharpe is the George Fabyan Professor of Comparative Pathology and chair of the Department of Immunology at Harvard Medical School. She is also a member of the Department of Pathology at Brigham and Women’s Hospital, a member at the Broad Institute of MIT and Harvard, and leader of the Cancer Immunology Program at the Dana-Farber/Harvard Cancer Center.

In bestowing the Lifetime Achievement Award to Sharpe, FASEB recognizes that her influence in the field of immunology extends well beyond the lab through her passionate training and mentoring of the next generation of scientists. While known for her contributions to paradigm-shifting discoveries that are the scientific foundation for effective treatments for cancer, chronic viral infections, and autoimmune diseases, Sharpe has also made equally substantial contributions by promoting the career development of the next generation of scientists. Throughout her career, she has also provided service on national advisory committees and organizations to foster basic, translational, and clinical research.

“I am deeply honored to receive this recognition. It is especially meaningful to be recognized by my colleagues for my discoveries and contributions to mentoring the next generation of scientists,” says Sharpe. 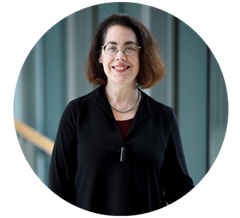 “I am honored and humbled with this award from FASEB, in particular in that it is a recognition of the important contributions of women scientists. It is a testament to my passion to bring medical care, research, and education closer together, translating findings from the lab to the clinic for all populations and teaching the next generation of physicians and physician-scientists,” says Permar.

Throughout her career, Permar has assumed major leadership roles in training research-oriented clinicians, including serving as director of the National Institute of Child Health and Development Pediatric Scientists Development Program, which is a national program established by the Association of Medical School Pediatric Department Chairs to develop pediatrician scientists across the United States and Canada.

In addition to her leadership role in education and mentoring, the award recognizes Permar’s stellar track record in pediatrics and immunology research, most notably the prevention and treatment of neonatal viral infections. She leads a research laboratory investigating immune protection against vertical transmission of neonatal viral pathogens, namely HIV and cytomegalovirus.  She has made important contributions to the development of vaccines for the prevention of vertical HIV transmission, defining both innate and adaptive immune responses that are associated with protection against infant HIV acquisition. 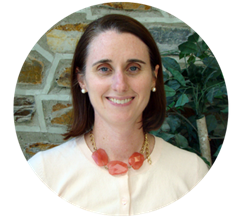 Awardee Spotlight
With a unique background in mathematics, computer sciences, and computational biology, Smita Krishnaswamy is Assistant Professor of Genetics and Computer Science at Yale School of Medicine and Yale School of Engineering and Applied Science. She is widely known as one of the most innovative and creative scientists in the biological sciences.

The Early-Career Investigator Award recognizes the impact Krishnaswamy’s research, teaching, and community efforts have made in the scientific community. Her research is changing how biological data are analyzed and uncovering new ways to extract meaningful biological relationships that to date have been hidden.

Krishnaswamy’s commitment to excellence in teaching and mentoring is also shaping the future intersection of biology and data science. Through her passion for education and service, she has innovated and created new graduate courses at the interface of biology and data science. She also organized the Open Problems in single Cell Biology effort with the Chan Zuckerberg Initiative. Many of these classes are bringing together mathematical and computational scientists, sequencing technology developers, and biologists—an unprecedented move. In addition to her work at Yale, she mentors female high school students in her lab as summer interns.

“I am extremely honored and humbled to receive the FASEB Excellence in Science Award Early-Career Investigator Award. The award is evidence of the remarkable trainees and collaborators I have been fortunate to work with across Yale and the scientific community. I share this honor with them,” says Krishnaswamy. 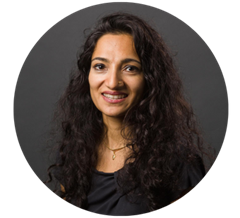